Meet French billionaire François Pinault, owner of Christie’s and founder of Kering – who has pledged US$113 million to rebuild Notre Dame

Meet French billionaire François Pinault, owner of Christie’s and founder of Kering – who has pledged US$113 million to rebuild Notre Dame

Collectively, France's superrich have already pledged over US$450 million towards Notre Dame’s repairs.

Pinault is tied to some of the biggest names in fashion: Gucci, Alexander McQueen and Yves Saint Laurent. As the owner of Kering luxury group, his family manages over a dozen high-end brands.

Pinault grew up in the rural French countryside, beginning his career working for his family’s timber business. After establishing his own company in Rennes, he slowly moved into the retail market, before shifting solely to the luxury retail market in 2016.

Now under his son’s direction, the company continues to flourish, especially with rocketing sales for Gucci and Balenciaga. Gucci was Pinault’s first fashion house purchase, and remains one the mogul’s most important business deals. The acquisition was hard-fought in a battle between rival French billionaire and luxury brand owner Bernard Arnault.

Alongside other major holdings, such as a winery in Bordeaux and a cruise line in Marseille, Pinault is one of the world’s biggest private art collectors. His collection includes over 3,000 works of art and is worth over US$1.2 billion.

Keep reading for a deeper look at Pinault’s life, from the origins of his company to his most recent business investments.

Scan the QR code to read on your phone 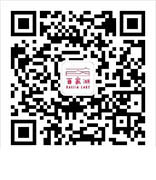